Finding your way to higher education is a journey. Many head straight to post-secondary after they’ve crossed their high school graduation stage but some, like Clayton Varjassy (BMgt ’13), go out and explore what the world has to offer first. A man of many hats and even more talents, Clayton is a shining example of how a liberal education fosters creativity and can lead you to opportunities far beyond your area of study.

“During high school, my brother, Joel Varjassy (BMus ’14), and I became interested in online trading and just finance in general. We were hooked with how much money could be made from not a lot of work – perfect for teenage boys! As soon as I could open my own trading account, I invested $2,000 and quickly made a few hundred dollars. I remember thinking, ‘woah, let’s do that again!’ My first-timer luck quickly ran out and I lost ¾ of my initial investment almost immediately. I went back to the drawing board, replenished my account and this time researched technical analysis, forecasts and economic announcement impacts and eventually found a strategy that worked for me.

“Over the next few years, I took the money I made trading and moved to France. I lived there for six months before deciding it was probably time to get a more formal education. At the age of 22, I headed back to my home of Coaldale and enrolled in the U of L’s Management program.

“Music has always been a passion. It started as kids – our friends older brothers were all getting into hip hop and rap music at the time, so naturally we followed. To be honest, in the beginning we were just looking for music that had a lot of swear words in it! But what we ended up discovering was this great community embedded in the genre. We built our first recording booth and got our friends to lay down some tracks and our love for the industry just continued to evolve from there.

“In the same year I started at the U of L, I got a dog, met my now wife and landed my first career position. Towards the end of my time as a student, I was asked to step in to help manage the Centre for Financial Market Research and Teaching, aka the trading room, when the then manager took maternity leave. Given my background, I jumped at the chance and that was my first position at the U of L. From there I’ve continued to move around in a variety of positions within the Faculty of Management.

“One of my favourite experiences at the U of L was taking a team of students to Toronto to compete in the Rotman International Trading Competition. The competition is built around one of the core pieces of software we use in the trading room, so we were familiar with the software, but this was our first time competing. Most of the schools participating had been involved for quite a few years, so I think the organizers were surprised with how well we did. The U of L team ended up placing seventh in one of the trading simulations and we placed 13th overall from a field of 52 top schools. It was awesome to see how well our students did against teams from highly experienced and prestigious schools.

“The year my wife and I purchased our home in Cottonwood in Coaldale, Joel and I decided to really pursue our passion for music. We started our own record label, Cottonwood Records, where we work with a different local artist every month to produce music videos, interview, pro tips and other professional video content free of charge to the artist. There’s such a great music scene in Lethbridge, all different kinds of genres too, and we really want to do our part in trying to get local talent recognized internationally. For only a few months in, it’s been progressing really well and we’re excited with what we have planned over the next few years. We have a brand new studio in the works, and the overarching narrative we’re working on with our fully produced music videos is going to be unlike anything anyone’s seen before, not just locally, but internationally as well. 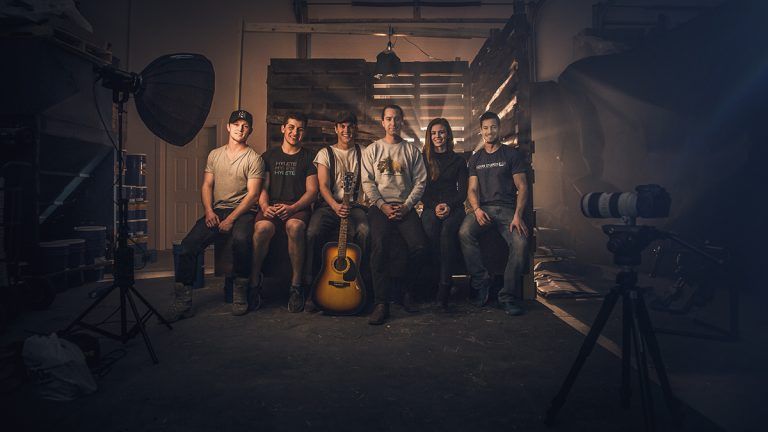 “Joel and I are also involved in the import business with our father. We’ve imported novelty items, merchandise, and liquor from a variety of places including the United States, China and Mexico. Our biggest import to date has been a tequila from Mexico, Don Raymundo Tequila, and we’re excited to expand further into the liquor business with some new offerings in the coming years. We have some really cool products in the works right now and plans to tie all off these ventures together in the coming years.

“I may have enrolled as a student in the Management program at the U of L, but the liberal education classes and experiences I had have really helped me to become a well-rounded person. I think many students don’t realize until later on that those liberal education classes give you a skill set and knowledge that you use everyday out in the world. It’s not necessarily the information you learn in those classes, but it’s the way you learn to think that sets you up for a lifetime of opportunity and creativity.”

Home for the summer, Leah is putting theory into practice while working on the Destination Project, before she heads off to the 2017 Canadian Swimming Championships this week.

When it came time for political science professor, Dr. Yale Belanger (BA ’98) to look for a teaching and research post, it didn’t take too long to make the decision to come back to the University of Lethbridge.

Business in the Front, Party in the Back; Clayton Varjassy (BMgt ’13)
Share this